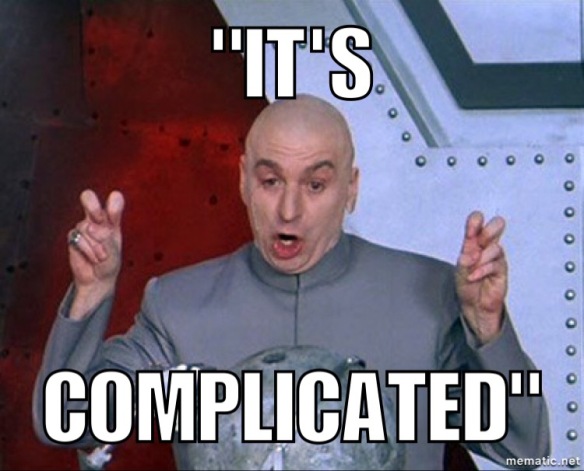 Last week I responded to a disturbance call involving a man and woman. When I pulled up, I saw that the female had rear ended the male at a stop sign.

The damage was minor and I wondered what the big deal was. I walked up to the female as other cops spoke to the male. I learned that they were married a few months ago and they had an argument today at her house.

Not at their house or their apartment. At her house. That part was too complicated try to figure it out.

After the argument he drove to the park to be alone and she followed him there. From there, he left again.

“I posted a pic of a guy saying it was my new boyfriend to get him to leave me alone.”

“Let me get this straight. You posted a picture of a fake boyfriend so your husband would leave you alone?”

OMG! Who are these people and how did they get on this planet? Was I in the Twlight Zone again?

After he left the park she wanted to find him, so she went to where he normally parks his car. Didn’t she want him to leave her alone?

A few minutes later she found him and started following his car. He stopped for a stop sign and she rear ended him. To top it off, she told me he was drinking. Could this call get any stranger?  Yes, she didn’t even have a driver’s license.

In the end, he was arrested for DUI and both cars were towed.

After he was arrested she asked me, “Can I talk to him?”

Was she kidding?  It was almost like she was a black cloud following him. Maybe he was relieved to be going to  jail.