“A cat ran out in front of me”

In my new book Is Traffic Available? The Patrol Officer’s Guide To Collision Investigation, I have a chapter on the solo-vehicle collision, which covers the different excuses I hear from people when they crash into parked cars, curbs or poles. One common excuse is, “A cat ran out in front of me.”

In my time as a traffic cop, there have allegedly been many a four-legged suspect who have run out in front of cars and “caused” the driver to crash. The usual suspects are cats because people never blame dogs and I have yet to meet a witness who confirms this Cat-tastrophe. For some reason it seems like the cat is the purrrfect animal to blame for their misfortune.

Last night, this guy was driving down the street when he struck a parked car, causing his right front wheel to be ripped off the car. When I asked him what happened he said, “A cat ran out in front of me and I swerved.”

I shook my head as I laughed inside because I told this story last week to an officer at a solo-vehicle crash. Later that night the officer sent me an MDT message, saying she and her partner almost ran over a cat that ran out in front of them.

While I was waiting for a tow truck, one of my partners got my attention and pointed to a cat sitting on the sidewalk next to the collision scene. It looked like the cat was checking out his work with pride as he sat there with his chest puffed out.

I pointed to the four-legged suspect and asked the driver, “Is that the cat that ran out in front of you?”

Good neighbors are hard to find, right? Everyone has had that one neighbor who was too loud, or who had a trashed front yard, or who parked in front of your house. They were that one person who made you cringe when you saw them.

I once had a call about the crazy neighbor from hell. This particular “415 neighbors” call was more unusual than most. One night I was sent to 415(disturbance) call involving two neighbors. I knocked on the door of the RP’s(reporting partying) house and waited for them to open up.

After exchanging hellos, the RP said, “The woman next door wiped cat poop all over our front door.”

“How do you know?” I asked. This was already getting weird.

“The neighbor across the street video tapped her and put it on You Tube. Do you want to see it?” 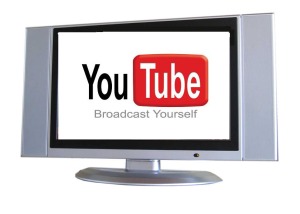 Of course, I wanted to see. It’s not every day you get to see a neighbor wiping cat poop on a house. The RP told me they had problems with the Cat Poop Lady in the past. Really? I’m not surprised.

The RP logged onto You Tube and clicked on the link. The video showed the Cat Poop Lady during the daytime with a plastic shopping bag in her hand as she picked up something in her yard. Her actions were the same as when someone picks up after their dog at a park, so I knew it was animal feces.

The Cat Poop Lady walked next door to the RP’s house and started wiping the feces all over the front door and its handle. She then moved to the front windows and did her best “Wax on, Wax off” imitation from The Karate Kid movie while doing it. It was bizarre to watch. Who does this?

During the video, the voices of small children could be heard in the background. One voice said, “What is she doing?”

I wondered how disturbed the Cat Poop Lady was to go through all this trouble. I also wondered how I got sent to this call in the first place. I felt like a robbery victim because they stole an hour away from me that I could never get back.

This wasn’t a police problem. They needed Ace Ventura-Pet Detective, not the cops. And the Cat Poop Lady needed Dr. Phil.

I knocked on the door and the Cat Poop Lady answered. I told her the reason why I was there and she came outside. I instantly saw the problem. She had a mean streak and definitely was suffering from some type of mental illness.

She denied going next door and doing her “wax on, wax off” imitation when I asked her about it. She was being difficult at this point and wanted to argue with me. She also started telling me how terrible the neighbors were. That’s the pot calling the kettle black.

“What do you mean? She asked.

“Someone video tapped you picking up cat poop and wiping it on your neighbor’s house. A little kid on the video could be heard saying ‘you’re crazy.’  Do you want to see it? It already has 50 views.”

That pretty much brought the conversation to screeching halt.

“This is your trespass warning. They don’t want you on their property. If you go back, they’ll have you arrested. Do you understand?”

I went back to the RP’s house and they were more than happy I had done something for them even though it was so small on my part.

I drove away thinking how strange the call and the Cat Poop Lady were. I also realized it’s not every day you get to write “cat poop” in a police report. It’s as close to a BS call that you can get.