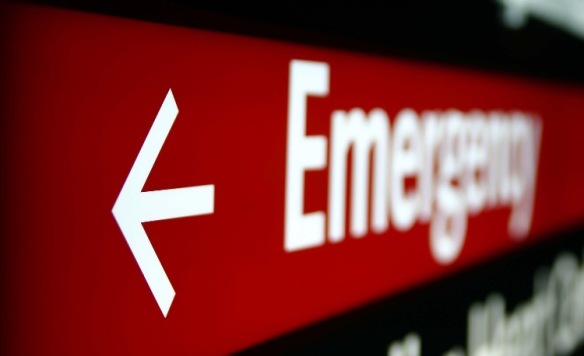 The call involved a child who was run over by a car in the driveway of her house. From the information at the scene this wasn’t going to end well.

I arrived at the hospital and parked my car knowing I didn’t want to go in. With each step toward the ER, I could feel something telling me to go in the other direction.

My sergeant was standing in the ER with a solemn look on his face. The toddler was lying lifeless in the bed with hospital staff doing what they could to save her.

I could feel my heart beat faster as I looked at the child lying there. She was so small that it shocked me.

That’s when the doctor called it. I knew it was over because the father yelled out, “No!!!!!” He turned toward the wall and started hitting it as he yelled out.

You could almost feel the screams go through your body and grip your heart with  pain, suffering and grief.

How had this happened?

It was my call. The type of call no one ever wants to respond to.  Unfortunately this wasn’t the first child I’d seen run over by a family member.

I had to leave. I needed to get out of there.

I told my sergeant I was going to the collision scene to speak with the driver as the father held the lifeless body. He just screamed as he rocked back and forth with the body.  It’s an image that will stay with me forever.

I walked toward the exit as his screams shook the walls like an 8.0 earthquake.

6 thoughts on “The call no one wants”