This cross was an errie sight in the middle of the street after one rollover hit and run crash.

You never know what you’re going to find in the street after a car has rolled over a couple of times.

The other night I was walking around a parking lot after a car had rolled over after hitting the side of a building. There was broken glass, car parts and fluid everywhere.

The damage told a story of a wild ride that would’ve looked spectacular had there been a video camera handy. Even the tow truck driver told me this was probably the worst car crash he had ever seen.

As he cleaned up, I walked around the path of destruction and saw a box of condoms lying among the debris. It was the wrong protection in this situation. The driver really needed a helmet instead. 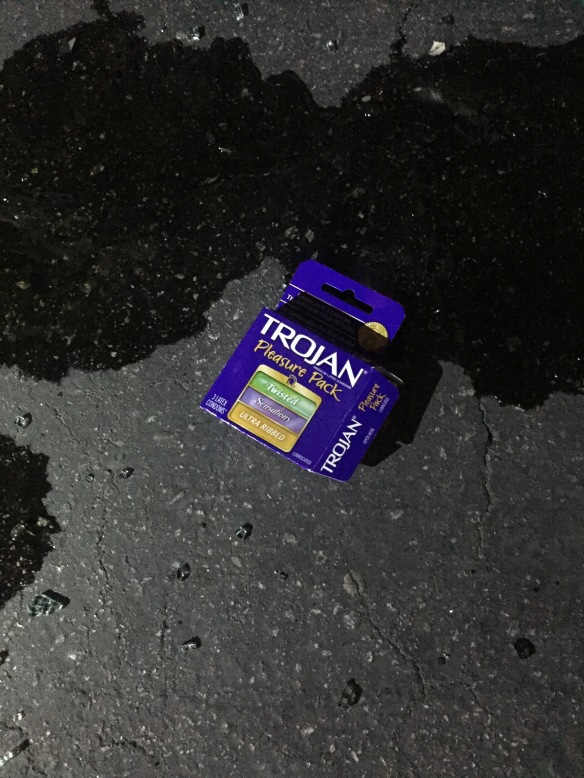 While I was still at the scene, I thought about past collisions and all of the stuff that has come out of cars and been in the street when I got there. I wished I had taken more pictures. 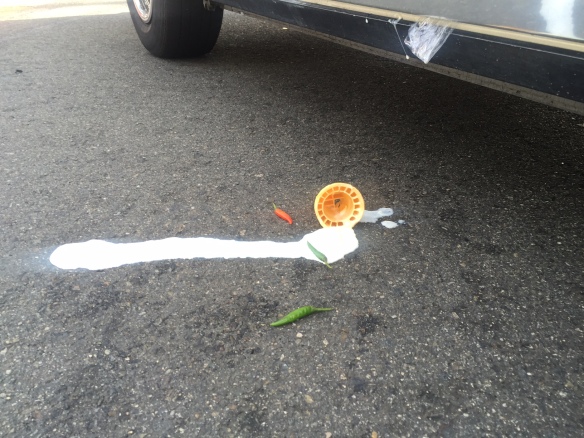 I have no idea how the ice cream and the peppers got together. Notice the plastic bag stuck in the door. You never know what you’re going to see at a crash.

So far the craziest thing that has ever come out of a car was a guy’s finger. Yes, a finger. The driver was missing his finger after rolling over a couple of times. We later found it stuck to the pavement among the debris. It brings new meaning to the phrase, “He gave me the finger.”

10 thoughts on “The crazy stuff that flies out of cars”