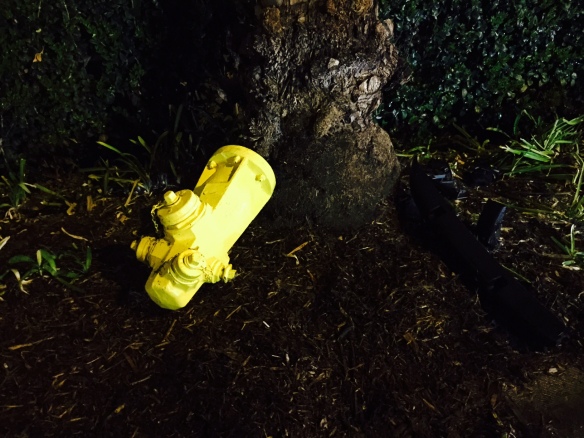 The other night I responded to a single vehicle traffic collision where a car struck a fire hydrant. The driver, who was in his early 20s, told me he was driving down the street when his navigation told him to turn left.

“Siri told you to turn left?” I asked.

I noticed he had made a sharp left turn where the collision occurred and asked, “Was she yelling at you to turn?”

He let out a laugh and an embarrassed look as he said, “No.”

I imagined Siri yelling at him saying, “Turn left! Turn left now. Turn left or I’m going to kill you!” That would be the only reason why he turned the way he did. After my silly thought I said,  “At least no one was hurt. Do you know who Larry H. Parker is?”

“Pull your phone out and Google him,” I said.

The driver pulled his phone out with a weird look on his face. One of the officers said, “He’ll fight for you.”

I laughed because I knew that was their motto for the commercials. They had been on TV since I was a kid and I had heard it a million times. The driver looked at us like he had no idea what we were talking about.

He typed in “Larry H. Parker” and hit send. I stood next to him as he clicked on the website. He started scrolling through the site and pointed like he found a prize as he said, “We’ll fight for you.”

“See I told you. They’ll fight for you.”

That’s just one of a long list of TV mottos that I bring up on calls all the time to get people to laugh.

I probably  watched too much TV as a kid…..