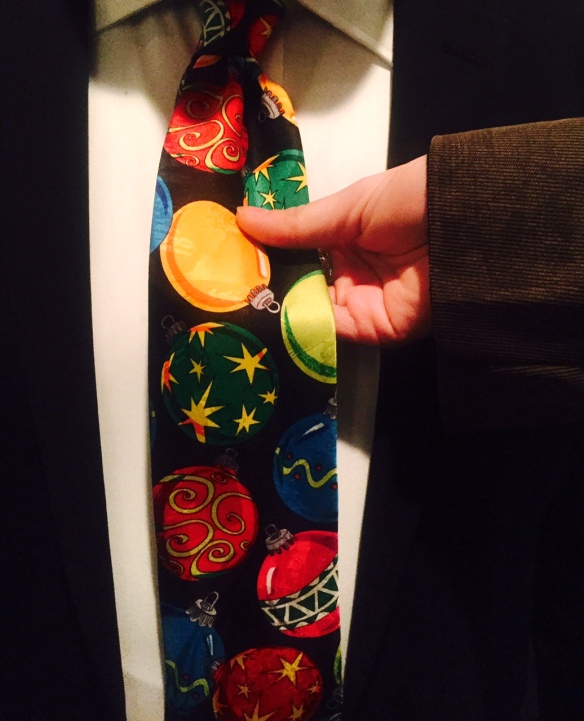 The other night, I was standing in a restaurant while on a hit and run call. A man and woman walked around the corner and stopped because we were in the way.

The woman then seductively ran her hand over the man’s holiday themed tie as she said, “Can I touch your Christmas balls?

That was too funny to hear. She thought it was amusing too and ran her hand over each and every ball on the tie.

My partner and I moved out of the way so they could pass. They had both been drinking and seemed like they were having a good time. As they walked by she mentioned his Christmas balls again.

That’s when I said, “Can I take a picture of your tie?”

I took my phone out as he posed. That’s when she moved her hand to his tie and asked, “Do you want me to touch his Christmas balls again?”

I laughed again as I said, “That’s OK.” I took the picture knowing I had a new blog story to write. You can’t make this stuff up.

3 thoughts on “The naughty tie”