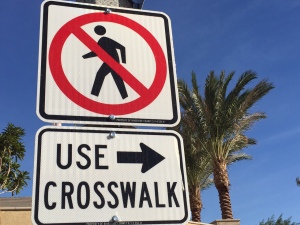 There’s a certain detachment that I have about my job as a traffic cop. It’s simple. A crash goes out and I go. Whether it’s a minor fender bender or a fatal traffic collision, you go and do what needs to be done.

Once at the call we handle it, clear and move on to the next. There’s no time to get emotionally invested because of the nature of the job. I’m like a band-aide. Just a temporarily fix on the wound.

Later on I finish the report and staple the pages together. I walk over to the inbox in the traffic office and I toss it in. My role in that particular collision is over.

I never see the physical or emotional scars that were inflicted by the collision after I clear the scene. I’m not there for the pain and suffering, nor am I there for the funerals or physical therapy the injured have to go through.

I don’t remember their names or their license plate numbers. My memory only gets jogged about a crash when I drive down the street and pass certain locations. It’s not that I don’t care. It’s just better to keep an emotionally safe distance away from the injuries and death that happens every night.

It’s how I can keep doing this job and still feel like a normal person when I’m at home, away from the madness. That’s what works for me.

A few weeks ago I took a major injury collision involving a pedestrian on the west end of the city. He had already been transported to the hospital before I arrived. The only thing left in the street were his shoes, clothes and a lot of blood.

Once I cleared the scene, I moved on and wrote the report just like I always do. There was no attachment because I never saw the victim and I didn’t know anything about him, other than what was on my paper work.

On Friday,  I had to call the victim’s daughter because she was trying to track down her father’s identification card. Part of me didn’t want to call because that would put a human voice to the report I had already turned in.

I spoke to her and explained that her father did not have an identification card in his wallet at the scene. The family couldn’t find it and she had no idea where it could be. She then said, “I don’t even know what happened.”

I instantly felt bad for her because he was in the hospital with life threatening injuries and she had no idea what happened.

I then told her how the collision occurred and what the witness said that night. I felt bad telling her he ran out in front of the car because I’m sure it gave her a visual to go with what her father looked like in the hospital.

When I was done explaining what happened she asked, “Was he in the crosswalk?”

The word hung in the air like a thick fog that swallowed up everything around it as she took in what I just said.

I broke the silence by asking how her father was doing. I knew the injuries were major that night, but I didn’t have any further information about him. She started crying and told me the doctors suggested they pull the plug because he was in a vegetative state.

She sobbed and took a deep breath as she said, “I can’t do that to my father. God is good and I’m praying for a miracle.”

Her words were hard to hear because of the emotion and deep pain behind them. Even though she was a stranger, I still felt for the family. He was someone’s father.

I wished her luck and we concluded our call. There wasn’t much to say after that.

Before the phone call, the collision was another in a long list of fatal and major injury traffic accidents that I’ve handled. It was report, a piece of paper that I prepared and turned in. It was nothing personal. I was business.

After the phone call, it was different.  Now there was a voice of pain and sadness attached to it. That’s just part of the job.