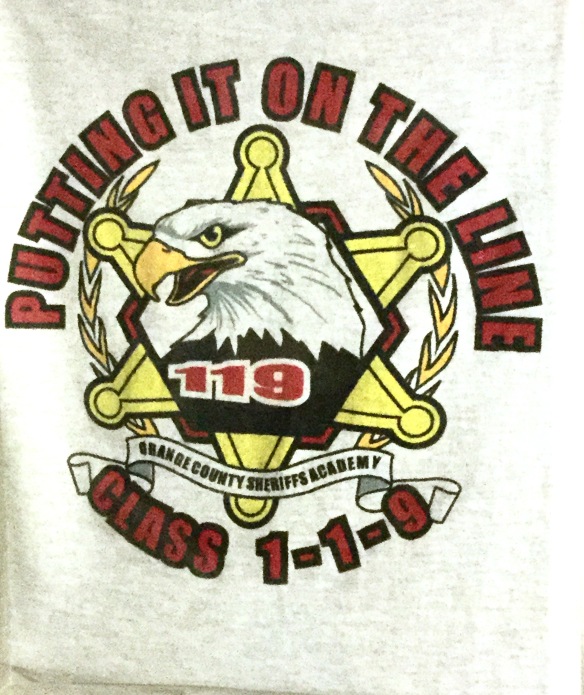 February 22, 1995 seems so long ago, but it really was just a blink of the eye. That’s the day “The Badge” was pinned onto my chest for the first time. It’s hard to believe 21 years have passed since that day. Where did the time go? And where did my hair go?

We started the academy on Augest 29, 1994. From that moment on we called cadence as a class anytime we marched. Every week we counted off how much time we had left as part of that cadence. In the first week we marched to, “26 weeks and we’ll be through. I’ll be glad, how about you?”

Then February 21st, 1995 came and we had one more day left. The cadence was the same as every day, but that day was the loudest ever as we said, “Hey Tac Staff, look out your window. The senior class is marching by. We are the best, our heads held high. We are the 1-1-9. We are the best you’ll find.”

The best part came when we said, “One more day and we’ll be through. I’ll be glad, how about you?” It was the loudest we had ever yelled while marching during the entire 26 week academy.

I remember the chills going through my body as my eyes watered up at hearing that. Our goal was finally reached and we had one day left. We were going to be police officers tomorrow.

The next night, Orange County Sheriff’s class 119 marched into an auditorium in Fullerton, CA as proud academy graduates. When my name was called, I went up the steps onto the stage as my parents came up from the other side.

We walked toward each other and met in the middle. With my mom at his side, my dad pinned Badge415 on my chest. They gave me a big hug and I walked off the stage  a real police officer.

When all of the badges were presented we were called to attention by our class sergeant as he yelled with a smile, “For the final time! Class 119 Dismissed!”

The auditorium echoed as we yelled out our class motto, “Putting it on the line, class 1-1-9” for the final time as we threw our hats into the air.