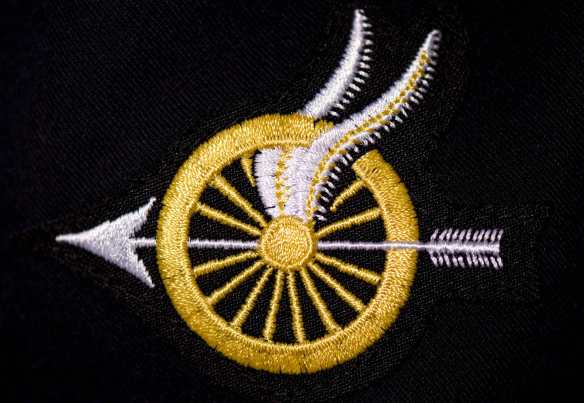 The other night a car made a right turn on a red light without stopping. It was as if the red light wasn’t there, so  I decided to stop the car.

He had a head start on me so I pushed down on the gas pedal to catch up to him. The engine revved on “old faithful” as my patrol car gained on him.

Once I was behind him, I threw on the overheads and the car pulled to the curb. After it stopped, I walked up as my red and blue lights flashed and bounced off houses and passing cars.

The driver, who was 20 years old, reached into his back pocket and pulled out his wallet. As he grabbed for his license I asked, “Why didn’t you stop for the red light when you made the right turn?”

The driver, who was understandably nervous, handed me his license as he said, “I made a slow down.”

“A slow down?” I asked with raised eyebrows. “The light was red. Why didn’t you stop?”

“I yielded,” he said as if  he was in a hot air balloon with a leak that was crashing toward he ground.

“What color is the light for yield?”

That’s when an embarrassed look appeared on his face as he realized how silly his excuse sounded.

I have a feeling he’ll stop at this red light the next time he makes a right turn.