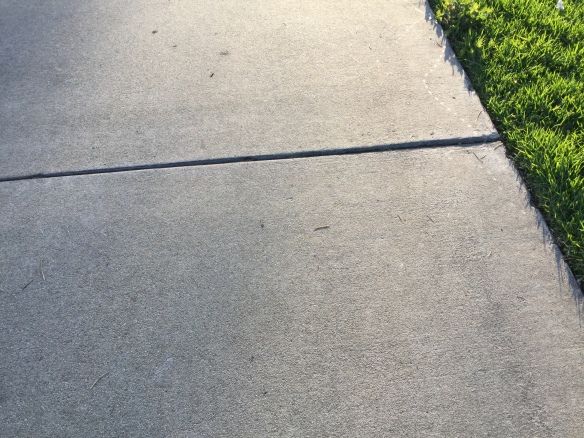 There are times at crashes when people try to describe what happened by writing on paper or using their finger to draw imaginary lines on their hand.

Some have even reached for my pen and grabbed it as they say, “Can I show you?’

That usually ends in a tug of war for my pen because it’s plain rude to try and grab it out of my hand. What are these people thinking?

Other times they flail their arms around trying to tell me what happened. It sometimes feels like I’m dodging karate chops while they tell their story. I recently told a woman at a crash, “Can you not poke me in the eye?”

The other night a guy was trying to tell me how the collision occurred. He was in his early 50s and had a thick Vietnamese accent. I got the story the first time, but he really wanted me to understand.

The car in front of him had stopped suddenly as the light turned red. He thought the car was going to continue through, but it didn’t and they crashed. Easy story, but apparently he wanted to add to it.

That’s when he suddenly dropped to his knees in front of me and started pointing to a large gap in the sidewalk. The gap was now an imaginary crosswalk where the car had stopped in front of him.

First of all, it just looks weird when a grown man is kneeling in front of a cop on a major highway where hundreds of cars pass every minute.

While he was on his knees, I turned to the other officers and said, “This is awkward.”

I looked at the guy and said, “Can you get up and shake it out?”

I took a step back and he stood up. We were back to normal again. He seemed to snap out of it, but then dropped back to his knees as I said, “Don’t go down again.”

I shook my head and smiled at the other cops as they laughed at what the guy was doing.

Somehow this gap in the sidewalk was going to make him feel better and justify the collision. He was talking  a mile a minute when I looked over at the cops and said, “I can’t concentrate here.”

My comments were adult in nature and went right over his head. I just couldn’t resist.

After the guy left, I asked one of the cops a question about the call. They said, “Do you want me to get down on my knees and show you?”

That was the funniest thing I heard all night!