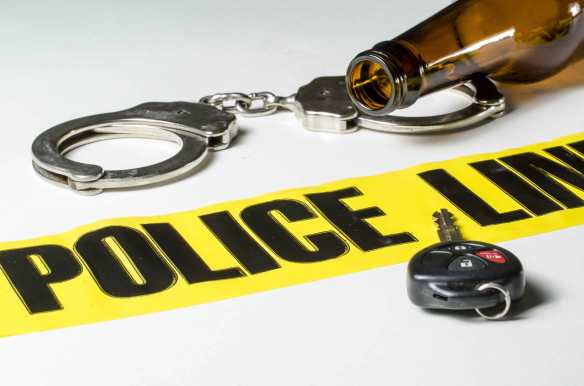 The clock struck midnight on New Year’s Eve night and it didn’t take long before we had our first DUI collision of 2016. Luckily the first victim was only a tree and not some unlucky person, who was minding their own business on their way home.

After the DUI investigation was completed, the driver was handcuffed and told he was under arrest. I was standing there when he said, “But I’m not drunk.”

I pointed to the tree the guy crashed into and joked to another officer, “Doesn’t he realize he failed the driving test?”

The driver was given the option of a blood or breath test. After he decided on the blood test I started to walk away. That’s when he said, “I’m not drunk” again.

His car was stuck on the median and up against a tree with a flat tire and a damaged rim. Its front bumper and grille were also damaged. After looking at the car and hearing him over and over,  I wondered if he realized how silly he sounded at this moment.

You just can’t go around hitting things. Especially after drinking 4 or 5 beers on New Year’s Eve night. Maybe it’s time he drank from the cup of responsibility instead. It wasn’t like tree jumped out in front of him.