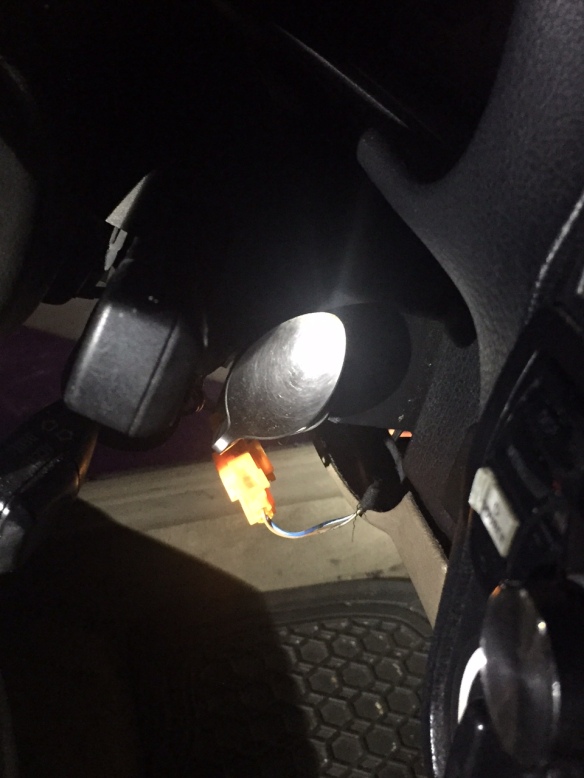 The actual twisted spoon in the ignition

Sometimes the funniest things come on while working the streets. It’s the unusual and weird stuff that make the job fun. You just never know what’s going to come up.

A few months ago, I backed up an officer on a car stop. I stood by while he contacted the driver and patted him down for weapons. He had stopped the driver for running red lights and racing another car.

After he patted the driver down, the officer walked around the beaten up 1992 BMW and looked inside. That’s when the officer asked,  “Why is there a spoon in the ignition?”

First of all, who buys a car with a spoon stuck in the ignition? We thought it was stolen, but the driver told us he had all the paperwork for the vehicle.

The driver, who was unlicensed, told us his other BMW was impounded last week, so he bought another one. Apparently he only drives BMW cars.

“The car came with the spoon?” I asked.

“Do you start the car with the spoon?”

“Why do you have a spoon in the ignition?”

“It keeps the steering wheel from locking. They put in another ignition switch so I can start the car.”

I just stood there shaking my head like I normally do on calls. I also wondered if there was a fork and knife in the car in case he lost his spoon.

4 thoughts on “Did that spoon come with the car?”