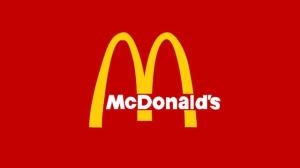 One night I responded to the McDonald’s drive thru for an injury traffic collision. When I got there I saw a woman with an injured leg being treated by fire personnel. I thought she was a pedestrian that somehow got hit by a car. The drive thru was also blocked by a car with no driver.

I started asking around and found out the injured woman was the driver of the car at the window. Now I was confused. How the heck did this happen?

In turned out the woman, who was in her late 50s, was in the drive thru when she pulled up to the window. She gave the cashier money and waited for her change. The cashier handed money to the driver, but some coins dropped to the ground.

The driver opened her door, stuck her foot out and…….Wait. Can you see where this is going? Did you cringe yet?

She opened the driver door, stuck her foot out and reached for the change while her right foot was still on the brake. Of course, her foot came off the brake and the car rolled forward. The door hit the McDonald’s drive thru wall and closed on the woman’s leg. It didn’t close all the way, but just enough for her to never want McDonald’s again for the rest of her life.

Just the thought of her leg getting smashed by the door makes me say ouch still.

Not too long after that I was in a drive thru when a cashier dropped change as she handed me money. I opened the driver door and looked at the change. That’s when I repeated the famous line, “It’s Déjà vu all over again,” by legendary Yankee Yogi Berra.

I had already seen this before and it wasn’t pretty. I took my food and left the change on the floor. I didn’t need it that much. Just a little food for thought if you ever drop change in the drive thru. Leave it.  If you’re not careful, it might be the most painful hamburger you have had with a super sized injury.

2 thoughts on “When a Big Mac hurts”