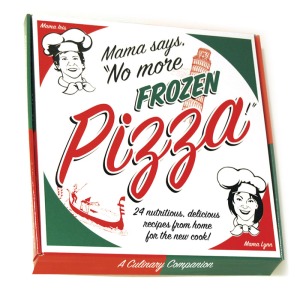 I pulled up to the accident scene and saw a car that looked like the Incredible Hulk had just torn it open and tossed it into a pole like an empty Coke can. Half the car was crushed beyond recognition was headed to car heaven.

My first thought was to check on the victim to see if this was going to be a fatal collision. As I walked up to the ambulance an officer spotted me and said, “She’s has a major head injury.”

That didn’t surprise me after looking at the car. The same officer then said, “She has brain matter coming out of her head.”

The words “brain matter” and “car accident” are never a good combination under any circumstances.

I decided to peek into the ambulance just to see if I could learn some more information about the injuries. I expected to see the paramedics franticly trying to save her life, but instead they were talking to victim in a normal voices.

Looking at the scene and then inside the ambulance was like turning the radio from a heavy metal station to a classical music station. One was chaotic and the other was peaceful.

Something didn’t look right here. People with brain matter coming out of their head usually don’t look that good. I could see her blood socked hair, but she looked remarkably well given the circumstances.

I looked back at the officer and said, “She’s talking.”

“But it’s a bad injury,” the officer replied.

I stuck my head back in the ambulance again and saw the victim having a normal conversation with the paramedics. I pulled my head back out and said, “But she’s talking.”

The fire captain then got out of the ambulance and smiled at me like he usually does when we see each other. We shook hands as I asked, “How bad is she?”

No hint of death and no mention of brain matter coming out of her head. I asked him about the head injury. The captain told me she had a large laceration, but she was going to survive. Now I was really confused.

I shrugged it off and went about my business as I handled the scene. I had dispatch send an officer to the hospital to check on the victim’s status just in case.

Later on, the officer from before walked up to me and said she wanted to show me something. She had taken a closer look at the car and saw something that explained the “brain matter” she had seen coming out of the victim’s head.

She pointed to a pizza box in the twisted wreckage and all of our questions were answered as if a giant light came down on us from the pizza gods in the sky.

It turned out the “brain matter” had been pizza that flew out of the box after the car had been broadsided, spun around and struck a pole. It explained everything and it was truly one of the funniest things ever from a collision scene.

The victim not only survived a nasty car accident, but also the flying pizza.

In my experience, brain matter usually looks like tapioca pudding. But in the officer’s defense, flying pizza could’ve also looked like brain matter if it was mixed in with blood soaked hair.

I’m just glad there wasn’t pineapple on the pizza. That would’ve just confused everyone even more.

3 thoughts on ““She has brain matter coming out of her head.””