Every night at work I’m reminded why I’m thankful for what I have.

The other night I responded to a single vehicle traffic collision call where a pole was struck. When I arrived, I saw the driver and his vehicle in a parking lot with a flat front tire and a damaged fender. There was a pole with minor damage not far away.

The driver, who was in his 30’s, was with his 5 year old daughter. It was after midnight and she was sleeping in the backseat. There was a spare tire on the ground next to the vehicle.

The driver was wearing baggy jeans, a white tank top, had a shaved head, tattoos, and a mustache. The top of his head had a large number 13 tattooed on it.

While we were talking I found out his driver’s license was suspended and he had just spent a little over 3 years in state prison for a felony DUI. That got me interested because you really have to try to end up in state prison.

“Did you kill someone?” I asked.

“I don’t know. I used to drink until I blacked out.”

“How long ago did you get out?” I asked.

“How many years of your life have you been in custody?”

“Over half,” he replied.

“How old were you when you first got arrested?”

“I stole a pair of pants from JC Penny.”

“Where were your parents during this time?” Were they gangsters too?”

“I never knew my dad. I know nothing about him. My mom was a doper. They took us away from her and put us in an orphanage.” 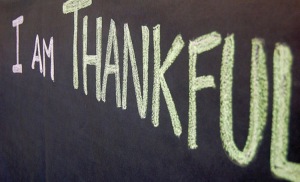 There were two DUI convictions on his driving record and one for driving on a suspended license. He didn’t have car insurance either. He wasn’t the guy you wanted driving around you in case there was a crash.

I told him his car was going to get impounded because his license was suspended and I asked if someone could pick him up. He told me his aunt could, but she lived in Riverside.

“Go ahead and call her.”

“My phone died. I don’t have a charger.”

“Do you have any money for a cab?”

My dispatch called his aunt and gave her the message to pick him up. I didn’t want the little girl to be stranded any more than she was, so I said I would drop them off at a 24-hour Subway.

He went to the car and woke her up. She got out of the car with a blanket and a sleepy look on her face. I sat on my rear bumper and her asked questions about school and the Frozen shirt she was wearing. She told me she went to Disneyland today and how she was starting school soon. After we were done talking I asked her if she wanted to ride in a police car. She nodded, but she didn’t seem so sure.

I moved my stuff and then had them sit in the backseat. My patrol car has a regular backseat, so it’s more comfortable. I’m sure the dad had a Beverly Hills Cop moment like when Eddie Murphy said, “This is the cleanest and nicest police car I’ve ever been in.”

I dropped them off at Subway and told the clerk they were in a traffic accident and were waiting for a ride. I then bought the little girl some cookies. As I handed her the cookies I said, “Remember, the police are there to help you. You can come to us when you need help.”

She nodded and took her bag of cookies. The driver thanked me and I left.

Two minutes later,  I was standing next to a vehicle that was completely destroyed by a DUI driver at another collision scene.

After everything calmed down at the next crash, I was able to reflect on the previous call and think how lucky I was to grow up the way I did.

Here was a perfect example of the nightly reminders at work that make me grateful for what I have and where I came from. Everyone needs a reminder from time to time.