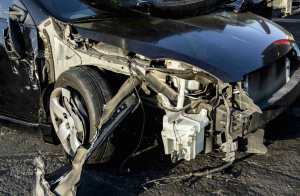 “Does every city have the same problems with crashes that we do or is it just us?”

That was the question I asked one of my traffic partners on Sunday morning after handling six traffic collisions that night, which included two DUI crashes.

I have kept track of the number of collisions I’ve handled since I started working in the traffic detail in January of 1999. It turned out May of 2015 was a little out of control in the city where I work. That’s why I was glad to see June 1st on the calendar.

It was actually the second highest total in my career for the number of traffic collision reports I took in one month. The grand total for May was 54 crashes. After last month I can’t imagine what the summer months are going to be like.

The national statistics related to traffic collision deaths in the United States has gone down over the last decade, but it seems like the number of collisions we handle has gone up.

Right before the recession started, traffic collisions were out of control every single night. I called it the Wild West because it seemed like every pole in the city was being crashed into nightly. It also seemed like every drunk driver took a detour through the city.

Then the recession hit and things really calmed down around 2009 and 2010. It was a like a ghost town some nights with no one crashing, which was good. It was nothing like the rest of the 2000s.

Since then I’ve seen a gradual increase in accidents and the volume of work that we do. It’s like the Wild West again and business is booming, which is not good for the average driver in my city.

I guess this means the recession is truly over because there are tons of people out there crashing like never before. It also means I might break my record if things continue the way they are.

One thing is for sure, I won’t break my record in June. It’s not because everyone is going to be careful. It’s because I’ll be on a cruise ship for a week and I’ll have a margarita in my hand instead of a flashlight and a clipboard.

Remember to keep your eyes open out there because we don’t want to meet by accident.