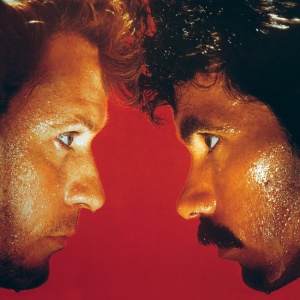 One night, my partner Mike and I were standing in front of our favorite 7-Eleven when a transient came up to talk with us.

It was a chilly night and he was wearing a beanie with a fedora hat on top. It was quiet the fashion statement for the area. He had a beard that was unkempt and the look of someone who had lived on the street for some time.

During our conversation I decided to ask him a random question. “Do you like Hall and Oates?”

He gave me a weird look and then said, “I saw them in concert once.”

“When?” I thought he was pulling my leg.

Wow. We had actually been at the same concert. What were the odds of that?

I asked, “Can you sing Maneater?”

He waved his hand in the air and said, “No, I don’t like that song.”

I wasn’t expecting that response and it made me laugh. I thought everyone liked Maneater. I then asked him what other Hall and Oates songs he knew.

I took out my phone and got the video ready. He hesitated at first, but then started singing a cappella.

“She’s a rich girl and you’ve gone too far

Cause you know it don’t matter anyway

You can rely on the old man’s money

You can rely on the old man’s money

That’s when he got stuck as he started to repeat that part.  He grinned and threw his hands up in surrender as he finished.

It was priceless. He did such a good job I gave him a Cliff Bar from my cooler. It was the least I could do for the guy.

Hall and Oates would’ve been proud.