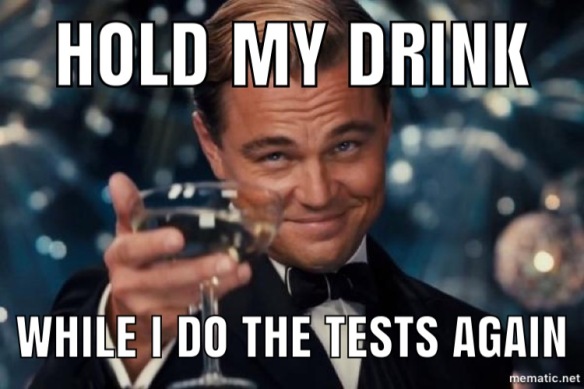 Spontaneous statements are the hidden jewel of police work. They’re those little things people say in the heat of the moment that you can’t make up. They’re also the stuff that make for story time.

These little statements are quick and are gone in a heartbeat if you’re not paying attention. They’re like the setting sun at the beach. One minute it’s there and the next minute it’s not.

Not too long ago, I was handing a DUI crash when I stopped to watch the field sobriety tests. The suspect stood there and listened while the officer gave the instructions.

That’s when the suspect said, “I know how to do them. I’ve done this before.”

Did he really just say that? Of course, he did. This is police work and people just say the funniest shit.

I just stood there and shook my head as I silently laughed as repeat did his tests. What a mess. Hopefully he doesn’t go for a three-peat.

1 thought on “Going for a repeat”