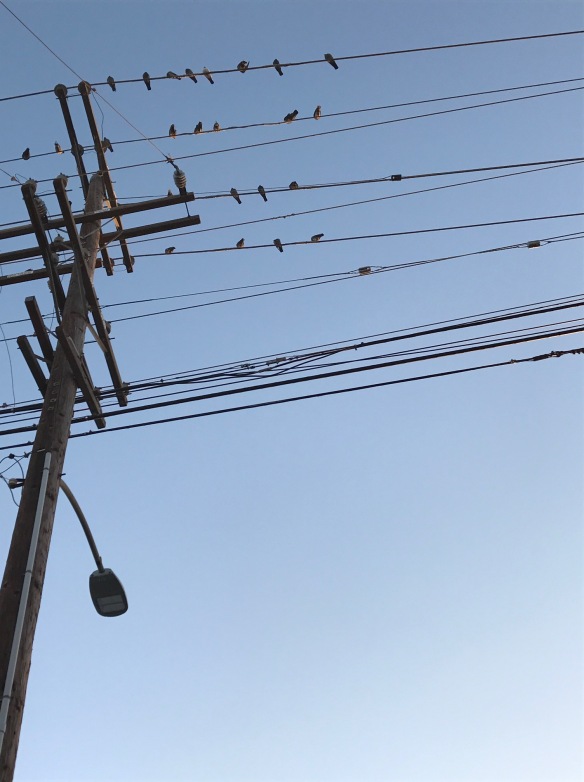 The actual birds of truth

A few weeks ago, I interviewed a driver on the sidewalk about a crash he was in. After about a minute, I could tell he hadn’t put in much thought into his story because it was full of shit.

He tried to be creative and blamed a phantom car, but his story lacked imagination, style and most importantly, the truth. He was also trying to Jedi Mind Trick a Jedi Master.

It was one of those interviews where I took notes and shook my head as I imagined saying, “Sure, I write fiction too.”

In the middle of his horrible and fictional story, the truth gods smiled down on us as a grayish liquid splattered on his dark polo shirt. He looked at his left shoulder as a moment of awkward silence hung in the air like a thick fog.

I then looked up and saw a bunch of birds on the power lines above us.  It was as if my winged friends had heard his story and decided to help me out with a little truth serum of their own.

The moment reminded me of the movie High Anxiety when Mel Brooks ran through the park as dive bombing pooping birds unleashed on him.

I took my phone out as the driver curiously watched, wondering what I was doing. I pointed my phone up toward the birds and snapped a pic because this was just too good to pass up.

I moved away from the sidewalk and finished my interview. I didn’t want to get caught in the crossfire when the rest of the birds opened up on the driver.

1 thought on “Bombs Away”