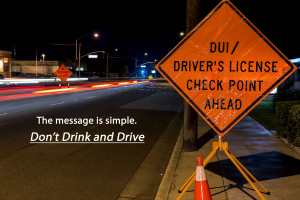 A photo I took at one of our DUI check points.

Why is there still a DUI problem?

Last Friday and Saturday night I handled eleven collisions. Six of those were DUI crashes. I even went to a head-on collision involving a DUI driver vs. DUI driver! What are the odds of two DUI drivers finding each other and crashing in the middle of the night? That doesn’t happen very often, but when it does, everyone shakes their head.

On my last call on Saturday night, we were dealing with a driver who rear ended another car. Of course, he had been drinking too. While we were on that call, one of our officers was flagged down by a passing motorist about a person who was passed out behind the wheel. The vehicle was about one hundred yards behind us at the next intersection. That driver was also DUI. At least he didn’t crash into our police cars.

At the end of my shift on Saturday, I wondered what was going on. How come the message about drinking and driving was still falling on deaf ears? With all of the information and awareness out there about drunk driving, it’s hard to believe we still have such a problem.

I also wondered if people really knew how big of a DUI problem we still have. At least I think there’s still a problem based on what I see at work every night.

Here’s something to think about. I have a running log of every accident report I’ve ever taken since I started working as a collision investigator in January of 1999. On average, 1 out of every 3 crashes I take is a DUI collision. Sometimes it’s 1 out of every 4. No matter what, it’s been the same numbers year after year.

I’m at 5,800 collisions in my career. Do the math. That’s pretty scary If you think about it.

If you’re one of those people who drink and drive, you should think about this.

Let me say that again……

No one thinks it’s going to happen to them. 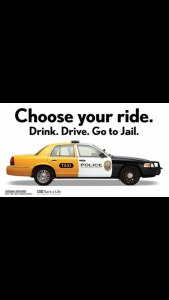 Well, I have news for you. It happens more often than you think.

So, if you’re one of those guys who go out drinking, give us all a break and take a cab or use a designated driver. It’s easier for everyone, including the collision investigator.

Be smart people. Your life and our lives depend on it.

2 thoughts on “Why is there still a problem with drunk driving?”