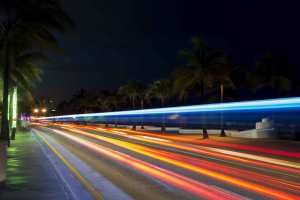 Have you ever driven by a big collision scene and wondered why it was taking the cops so long to open up the street?

Have you ever wondered why it looked like the cops were standing around doing nothing when you were getting detoured?

No one wants be inconvenienced by a road closure when the police shut the street down because of a car accident or a crime scene. Believe me, I don’t want to be there any longer than I have to. I just want to finish my call and move on to the next one.

When the street does get shut down, it’s for good reasons. We don’t want to impact the public any more than we have to. Here are a few reasons why the street gets shut down at a collision scene.

1. Sometimes it’s just safer for everyone involved to have it shut down. The firefighters and ambulance personnel need room to work and they don’t want to worry about cars zooming by. Firefighters hate dodging cars just like we do.

2. Sometimes it makes cleanup easier for the street to be shut down. This is usually temporary.

3. Sometimes we shut the street down because we’re waiting for word from the hospital on the condition of the victim. No emergency room doctor is going to tell you anything in five minutes, so we have to wait. If the injuries aren’t as bad as we first thought then we open it up and get out of there.

4. Sometimes the street is closed down because it was a fatal collision. Closing the street down is just a necessary evil. If it’s after business hours, a traffic investigator or detective might have to be called out from home. This alone could mean an extra half 30-60 minutes to the street closure.

This might be why you see a bunch of cops standing around doing nothing. They might be in standby mode waiting for the detective.

5. Sometimes we stand on the side and look like we’re doing nothing because the forensic person wants us out of the scene so they can take their pictures.

When it comes to investigating a major injury traffic collision there are certain things we have to do. That means we have to measure the location of all the skid marks, gouge marks, fluid trails, areas of impact and points of rest.

There’s no getting around this part. After the investigation is done in the street, the traffic accident scene can be recreated in a scale drawing for the report.

The street could be closed down anywhere from 1 to 3 hours depending on how involved the scene was. It could also be longer.

Remember, we understand everyone wants to know how to get around the closure, but it’s impossible for us to answer every question when we’re standing in the middle of the street.

You’re just holding up traffic if you stop. You might have to keep going and figure it out.

It’s 2015 people. Invest in a map. Or just pull over and look at  Google Maps on your phone. It’s not that hard.