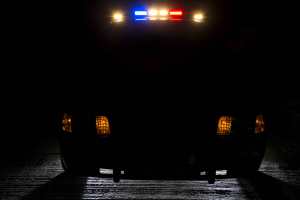 There are a lot of things written about the police profession by officers. The subjects include, news related items, tactical articles, peer support, mental wellness, physical conditioning, and stress management to name a few.

But no one ever writes about the teamwork that is involved. The teamwork part of police work is what makes this job fun and manageable.

Police work is like a football team in a game. Everyone on the field is working toward one goal.  It’s a team effort from the kick off to the final whistle when the clock runs out.

Every call in police work  is a team effort, but from time to time sometime big happens and you truly get to see it in action. It could be a shooting scene with tons of witnesses or a major injury collision with multiple vehicles that is complete and utter chaos.

Those type of calls never happen at a convenient time, but everyone comes together to get the job done. When these calls happen, it’s actually fun to be part of because of the teamwork that’s involved.

No one person can handle everything that needs to be done and the other cops know that. When there’s a big scene they go to the person handling the call and ask, “What do you want me to do?” or “What do you need?”

This past week I got to be part of some great teamwork at some very big collision scenes.

It was impressive to see so many police cars and fire trucks in one place and everyone taking a piece of the pie. It’s nice to be part of something that is supposed to run smoothly and actually does.

It’s also nice to know you can depend on so many people when things are crazy and out of control.

At the end of the day it’s my name at the bottom of those reports, but it doesn’t reflect the many others who helped. It doesn’t show the many unseen faces that are in the trenches doing the work that some people couldn’t stomach doing.

It also doesn’t reflect the dispatchers on the radio and the non-sworn personnel who helped.

When it’s all said and done, no one ever talks about the guys and girls who jumped in with both feet, rolled their sleeves up and got to work with no complaining.

I’m here to say thanks guys for being part of the madness.