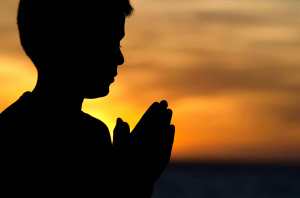 The funny thing about work is you never know what you’re going to hear next. Every time I think I’ve heard it all, something else comes up.

Yesterday two Mormon missionaries were riding their bicycles as they approached a red light at an intersection. Two witnesses saw them ride through the red light and one of them was hit by a mini-van.

The injured rider had a helmet, but his head injury didn’t make sense to me. I didn’t understand how the back of his head got so bloody with the helmet on. I then found out he had the helmet, but he wasn’t wearing it. It was hanging from his handlebar at the time of the crash.

While the guy was in the ambulance I spoke with his bicycle riding partner. I gave him the report number and asked him if he had any questions.

That’s when he asked a question I have never been asked before while working.

“Have you ever thought about being  Mormon?”
“No.” I answered with a smile.
“Ok.”
“I once had a Book of Mormon though.”
“You did?” He asked with a surprised look.
“I was at a hotel in Provo (Utah) when someone gave it to me. I was thirteen at the time.”
“That wasn’t that long ago,” he said with a sly look.

Since I’m forty-four, the look on his face showed he was stretching the truth a bit. It still made me laugh though. What a salesmen!

Up until yesterday, I have never taken a collision report involving a Mormon missionary on a bicycle. I’ve also never taken a crash where the helmet was on the handlebars instead of on the rider’s head. Usually the rider isn’t wearing one at all.

And finally, I have never been asked if I thought about changing religions.

Even after taking 5,700 crashes, work still throws me a curve ball once in a while instead of the usual fastball down the middle.

That’s why I keep coming back. I want to see what’s going to happen next.