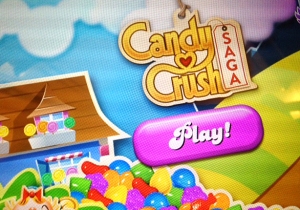 Say the words “Candy Crush” and you’ll find someone who has heard of the game. They might not play it, but they know someone who does. They might even be that annoyed person who cringes at seeing a Facebook request to play. This person can’t delete the request fast enough as they wish the entire Candy Crush world would blow up in a nuclear holocaust of sweet destruction.

If they play, they have the look in their eye of a hardened warrior. The candy crusher will have many stories of how they were one move away from immortality or how the thrill of victory was achieved with a life saving booster. They all have stories of frustration, self doubt and at times, have questioned the meaning of life.

The candy crushing warrior also knows that the next game could be the big breakthrough they have been waiting for, where self-satisfaction is like no other, but with no doubt, all their dreams will be crushed on the next level. I started playing in June of 2013 and I can admit that I was sucked into it.

When I started it seemed like everyone was playing it. One day on the way to work I decided to do something random. I was going to ask people if they played Candy Crush just to see their reaction. I got to work and loaded up my car with candy crushing anticipation for my first call, which was a non-injury crash involving two vehicles. After checking to make sure there were no injuries, I started my interviews. The first person I interviewed was a woman in her early forties, who was driving a minivan. I got a good vibe from her so I sprung the question.

“Do you play Candy Crush?”
With a suspicious look the woman asked, “Why?”
I replied, “I wanted to ask a random question about Candy Crush to see people’s reaction.”
With a huge smile she said, “Yes!”
“What level are you on?” I asked.
With a look of embarrassment she said, “221.”

The stress that came with the car accident seemed to melt away from this woman with one simple and silly question. I gave her the report number and moved on to the next person. While I was finishing up my investigation, a family member of my candy crushing amigo arrived. As I walked by I heard the woman say, “That’s the cop who asked about Candy Crush.” When it was time to leave I got a big wave and thank you from the woman. It was funny how crushed candy and crushed cars could go together.

In August of that year I had a civilian report writer ride with me for a few weeks of traffic training. He had never heard of Candy Crush so I told him we were going to ask people on every call if they played. From that point on for two straight weeks I asked at least one person at a crash scene if they played. Of course, it depended on the situation who I asked. I wasn’t going to ask someone in the ambulance if they played, but everyone else was fair game.

The reactions from witnesses and drivers were hilarious. These strangers would start talking to me about what level they were stuck on and what type of frustration they had gone through. It seemed like half the people played and the other half didn’t want to start because they heard it was too addicting. One driver once told me she passed three levels while waiting for me to arrive at her crash.

One night at a DUI crash there was a group of about ten people standing on the corner of a large intersection watching the scene. They were there because a friend was involved in the collision. The group happened to be standing next to my car. I couldn’t resist and I asked the group, “Who plays Candy Crush?” It seemed like everyone at once laughed and within seconds they were all talking about it. One woman told me she had been stuck on level 65 forever. She even jokingly asked if she could friend me on Facebook so I could send her extra lives because none of her friends sent her any.

One night at a crash a witness stopped and gave me her statement. As she was about to leave she mentioned she and her husband were truck drivers and were leaving for Utah as soon as she walked back to the truck. When I heard she was going to Utah I asked if she played Candy Crush. The woman didn’t know what Candy Crush was so I told her to download it now and she would thank me by Barstow (two hours away off the 15 freeway). She went to the App Store and downloaded it right on the spot.

One night a fellow officer and I were talking at a crash while I waited for the gas company to respond for a leak. He downloaded Candy Crush on the spot and was on level 4 by the time he left. A week later he told me he didn’t do anything else besides play on his phone. He also mentioned hating me for letting him download it.

Another Candy Crush story involved a gang member from L.A. who was on parole for assault with a deadly weapon. He was with two other males who were possibly involved in a fight and the police helicopter had directed us to their location. While record checks were being done I made small talk with the male, who told me the gangs in Orange County were nothing compared to L.A. This guy had his gang’s name tattooed across his chin in large letters.

I asked, “Do you play Candy Crush?”
With an embarrassed look, he grinned and turned his head as he said, “Yeah.”
“What level on you on?” I inquired.
“Level 3.” he replied.
“Level 3? You’re not even trying then.”
With a surprised look he said, “What do you mean?”
I told him level 3 was easy on Candy Crush.
The gangster then said, “I meant I’m on level three in prison.”

I started laughing and told him we were talking about Candy Crush. He laughed too and then told me he wasn’t sure what level he was on, but it was in the twenties. He also told me he played the game on friend’s phones. The last thing he said about Candy Crush was, “I don’t like those chocolates.”

And finally, this last Candy Crush story happened this past weekend when this woman flagged me down. She was yelling at her husband on the phone and said she had a question. With her husband still on the phone, she told me he was an alcoholic and a fool. She was not upset, but very talkative about her situation. I saw my opportunity and asked if she played Candy Crush. With a smile she asked why. I told her I liked to joke around and bring up random things to make people laugh. Her demeanor seemed to relax after the Candy Crush question. I asked her more questions about her husband and her situation to see if I could help.

She went on to tell me they had been married for a year, but she didn’t know he was an alcoholic when they met. I asked how long she knew him before they got married. At first she wouldn’t tell me, but then said they only knew each other for a month. She explained he was an illegal alien and they got married to get him legal status. I asked her how things were between them in the beginning. She told me things were good in the beginning because it’s always like that in a new relationship.

I told the woman that life was like Candy Crush. She gave me a puzzled look, wondering how I could relate this game to life. I said Candy Crush was like a new relationship. At first everything is easy, but as you play more, things start to get hard. As you play more the bombs and chocolate appear, making things harder and more challenging. She laughed and thanked me for listening. I gave her kids some badge stickers and she waved with a huge smile as she drove away.

Some might think it’s silly to ask about Candy Crush, but it is also a way to have a good time at work and show the public we are human too. Part of this job is about connecting with people in a short span of time in situations that are not normal for most.

Do you play Candy Crush?

4 thoughts on “Do You Play Candy Crush?”