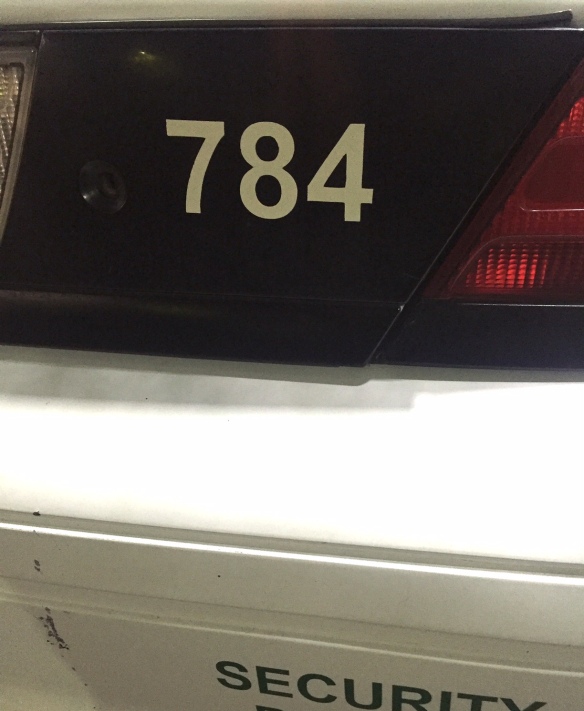 If you’ve read the blog for a while, you know that my old call sign was 784. Depending on who is on the radio, I’ll still say 784 every once in a while just for the heck of it.

One day shift dispatcher will always reply back to me as 784 even if I made the last radio transmission as 729. Another dispatcher on the graveyard shift will do the same. It always makes me laugh and adds a little fun to the job to hear them do that.

The other night a veteran dispatcher sent me a message on the computer asking if I wanted to take a late call. I replied back, “I haven’t said 784 in a while….I’m going to bust it out.”

I left the station and headed to a call that involved a security vehicle. When I got there, I saw the security car in the parking lot. I looked at the back of the car and saw something that was like the crack of thunder and bolt of lightning as Beethoven’s 9th Symphony played in the background.

Okay, maybe there wasn’t music, lightning and thunder…..but it was still kind of weird. That just goes to show you that you never know when 784 is going to appear at a car accident scene.

For now, 784 roams the streets at night in a black and white disguised as 729.